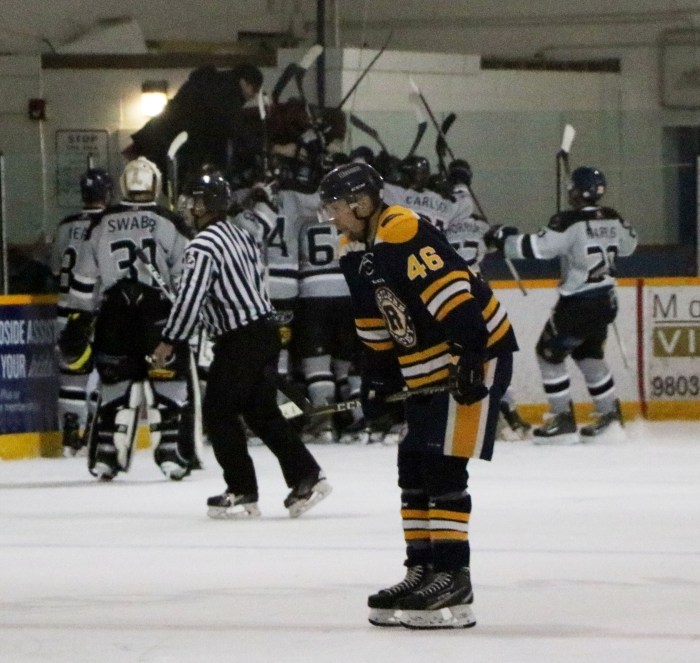 It’s all on the Red Deer Rustlers after the Morinville Kings won back-to-back games in the North Central Hockey League (NCHL) semi-finals over the weekend.

After taking down the Rustlers 6-2 on the road Saturday night, the Senior AA Kings gave their fans their money’s worth in Sunday night’s home game.

With a scoreless first period behind them, both clubs were eager to get on the board. Morinville accomplished that first and Red Deer followed soon after. But the Kings picked one up on the powerplay to lead the second period 2-1. The final 20 minutes saw a 3-3 tie, driving the contest into overtime. The matter was settled by the Kings with 10:01 left on the clock. The goal cleared the King’s bench to celebrate their second consecutive win in the series.