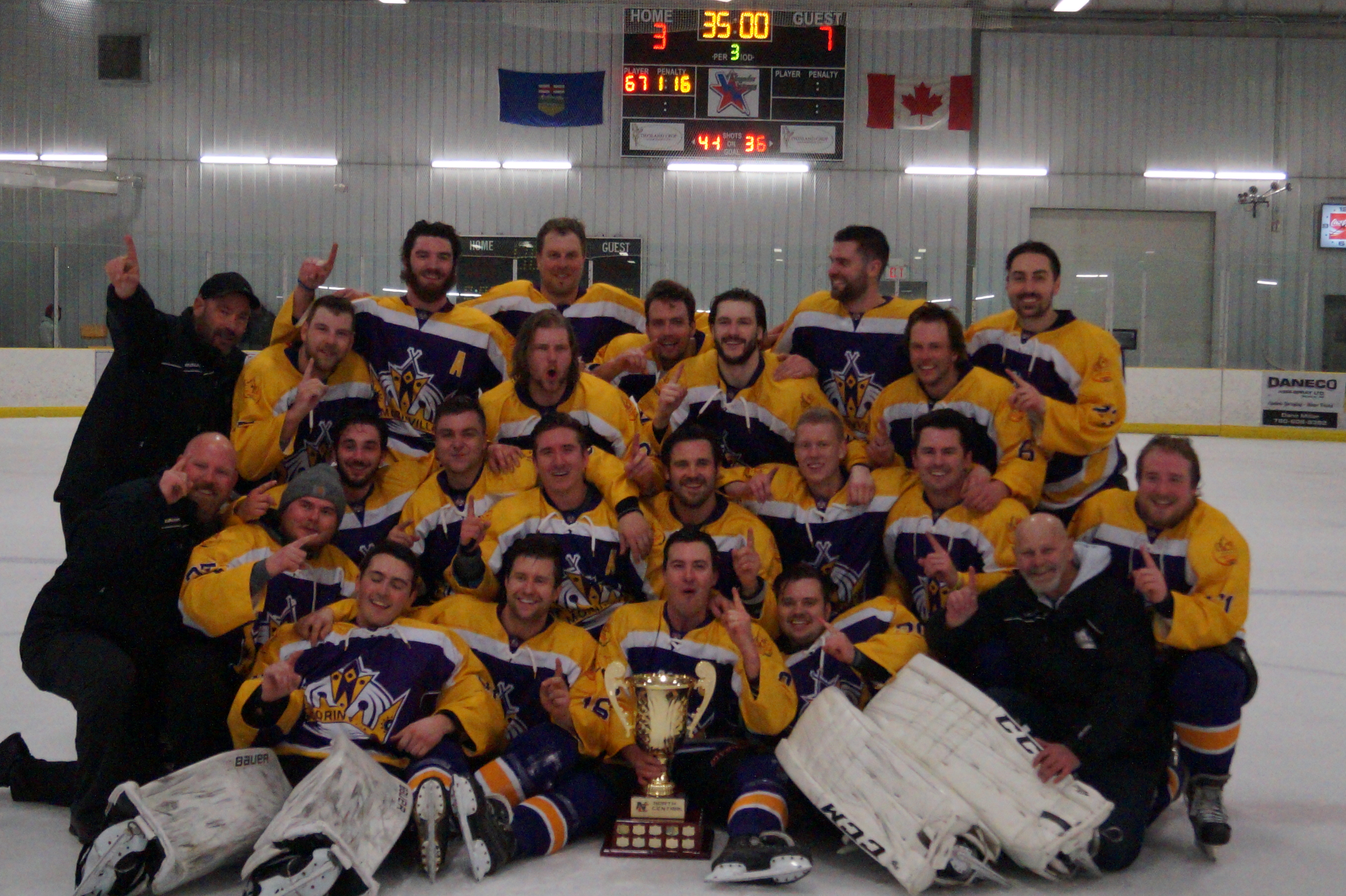 Morinville Kings win the NCHL Senior AA League Championship Friday night after winning Game 3 of the best of 5 7-3 in Daysland. They complete the sweep after winning game 1 8-5 and game 2 7-1 last weekend. This is the first time in Morinville Kings franchise history  they won a league Championship. The Kings won round 1 3-1 over Westlock, swept Red Deer Rustlers 3-0 in Round 2 and then Swept the defending league champions 3-0 in the League Finals. Awesome playoff run after a great regular season.

The Morinville Kings now head to the Senior AA Provincials in Wainwright Alberta starting on Mar 28 looking to win the AA crown as the best Senior AA team in Alberta.