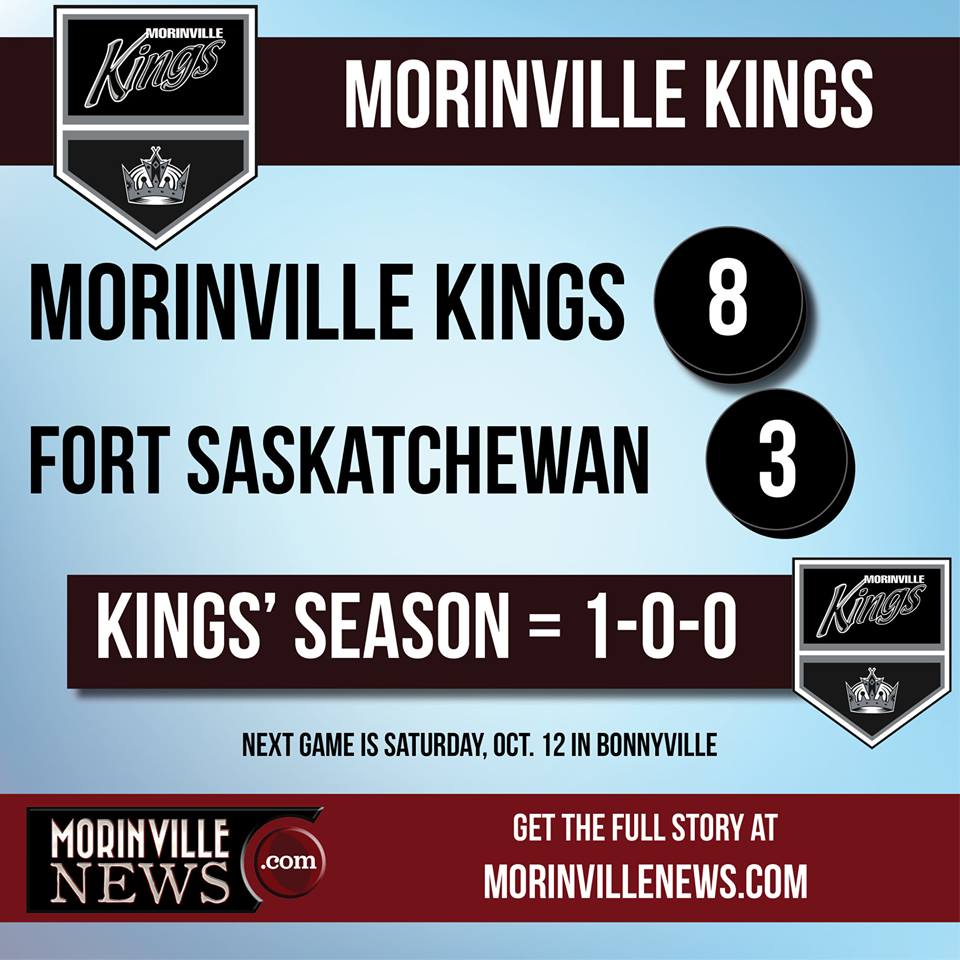 After hoisting their 2018-2019 NCHL League Championship and Provincials banners to the rafters of the Morinville Leisure Centre’s Landrex Arena, the Morinville Kings hit the ice to face the Fort Saskatchewan Chiefs. The Chiefs, formerly an AAA club, are a new addition to the league this year, bringing the NCHL to 9 teams.

Saturday night’s home opener resulted in an 8-3 victory for the Kings.

Jamie Johnson, assisted by Jordan Thomas, opened the scoring for the Kings 56 seconds into the game. The Chiefs answered back a few minutes later, giving a 1-1 result after 20.

But the Kings pulled ahead in the second period to 5-1. Adam Wilson pocketed two of the Kings’ four-goal tally, while Kyle Plett and Matt Filice got a goal apiece.

Filice, on a powerplay, and Wilson earned successive goals in the opening minutes of the third frame to build the Kings to a healthy 7-1 lead by the halfway mark.

Wilson picked up the Kings’ second powerplay goal of the game with 7:55 left int he game, to advance the score to 8-2 in the Kings’ favour.

With 20 seconds left on the clock, Jordan Hoffman picked up an unassisted shorthanded goal to narrow the margin by one.

The Kings hit the road Oct. 12 to play Bonnyville and head to Devon on the 18th. They return to home ice to face Daysland on the 26th. The game time is 8:15 p.m. at the Landrex Arena.